We have outstanding domestic and international experts in assisted reproductive technology and genetic disease and help build a remote genetic conseling platform, further helping to improve the ability to solve difficult cases and expand the influence of genetic consultation for hospitals. The platform can also assist clinical institutions to promote scientific cooperation and in-depth study and exchange with domestic and foreign clinical genetic experts or academic institutions with backgrounds in genetics, obstetrics and gynecology, molecular biology, oncology and other disciplines. 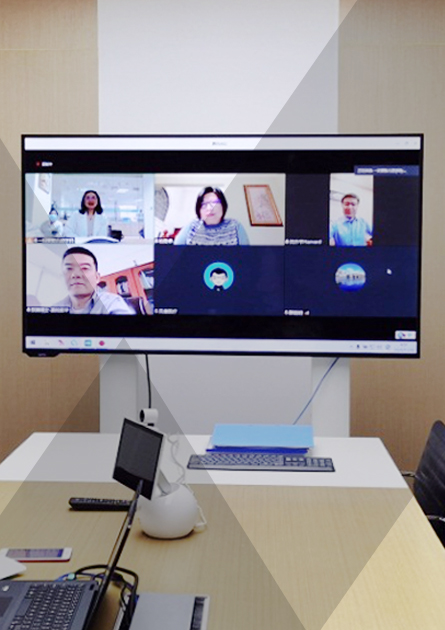 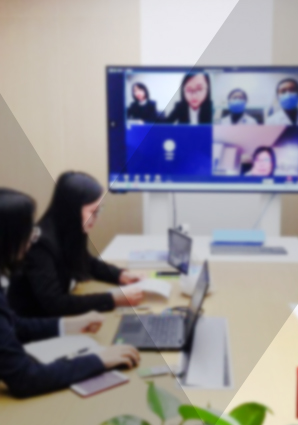 We have top genetic experts and several senior consultants who have rich experience in genetic counseling.

The staff will assist in the expert appointment by remote platform.

The remote platform can realize genetic counseling anytime and anyplace.

A couple with normal phenotype, married for 3 years, experienced two abnormal pregnancies. The first induction was caused by the absence of corpus callosum. Autopsy showed that the left and right lobes of fetal brain existed; the cerebral sulci were shallow, and the blood vessels were full. Absence of corpus callosum was coupled with widening of bilateral lateral ventricles; lobulation of right lung was abnormal (four lobes). There was no abnormality in karyotype and CMA. Down's screening and NIPT showed that the second fetus was low-risk. At 24 weeks and 6 days of gestation, ultrasound showed that the fetal septum pellucida was partially missing, and the anterior horn of the lateral ventricle was the same as the septum pellucidum. At 25 weeks and 5 days of gestation, ultrasound showed that the septum pellucidum, corpus callosum and pericallosal artery were not displayed. The lateral ventricle was teardrop-shaped and the CVI was about 11.5 * 8mm in size. Fetal abnormality led to the induction. Doctors suspected that there were genetic problems and proposed MDT. We promptly assisted doctors in inviting many genetic counseling experts in the prenatal field for remote MDT consultation.

After discussion, experts suggested that Trio WES should be carried out on abortion tissues of the second child and couples in order to find out the causes of disease and provide follow-up fertility guidance. We assisted doctors in WES and found that the fetus carried two pathogenic mutations of EFG5 gene, which were inherited from its mother and father respectively, and constituted a compound heterozygous mutation. Pathogenic mutation of EPG5 gene can cause Vici syndrome (VICIS, MIM # 242840). This syndrome is a rare congenital multisystem disease and an autosomal recessive disorder, main clinical manifestations of which are corpus callosum hypoplasia, cataract, depigmentation, albinism, cardiomyopathy and immunodeficiency, recurrent respiratory tract infection, growth retardation, hypotonia caused by myopathy, etc. Some patients also suffer microcephaly, cleft lip and cleft palate. According to the genetic pattern of the disease and clinical manifestations, it is speculated that the two pathogenic mutations of EFG5 gene may be relevant to abnormal fetal phenotype. Considering the results, we offered professional genetic counseling to patients and provided follow-up fertility suggestions.

We helped doctors solve the clinical problems and made it possible for patients to have healthy babies through the MDT consultation.